The Palace Quarter is found in the 8th district also known as Józsefváros. Beeing one of Budapest’s “forgotten districts”, it’s not on most tourist’s #mustsee list. I used to live in this part of Budapest and we had our everyday walk in these streets with my baby son in his stroller.

I love especially the atmosphere of the Palace Quarter which was mostly inhabited by aristocrats, nobles, and rich citizens before the wars. My favourite places are: the relaxing garden of the Hungarian National Museum which is a hidden gem in the noisy city center; the cellar bar called Építész Pince (Architect’s Cellar) with his fantastic courtyard; the Mikszáth Square, always full of students from the local universities and ideal place for stopping for a coffee in one of the original cafes; and the charming Bródy Sándor street with its stunning buildings, like the former House of Representatives (now the Italian Institute).

There’s a lot to see and do in this area which has become a new hotspot for cultural life with its easygoing cafes, pubs, galleries, and street life. Don’t skip to visit this district during your next journey in Budapest! 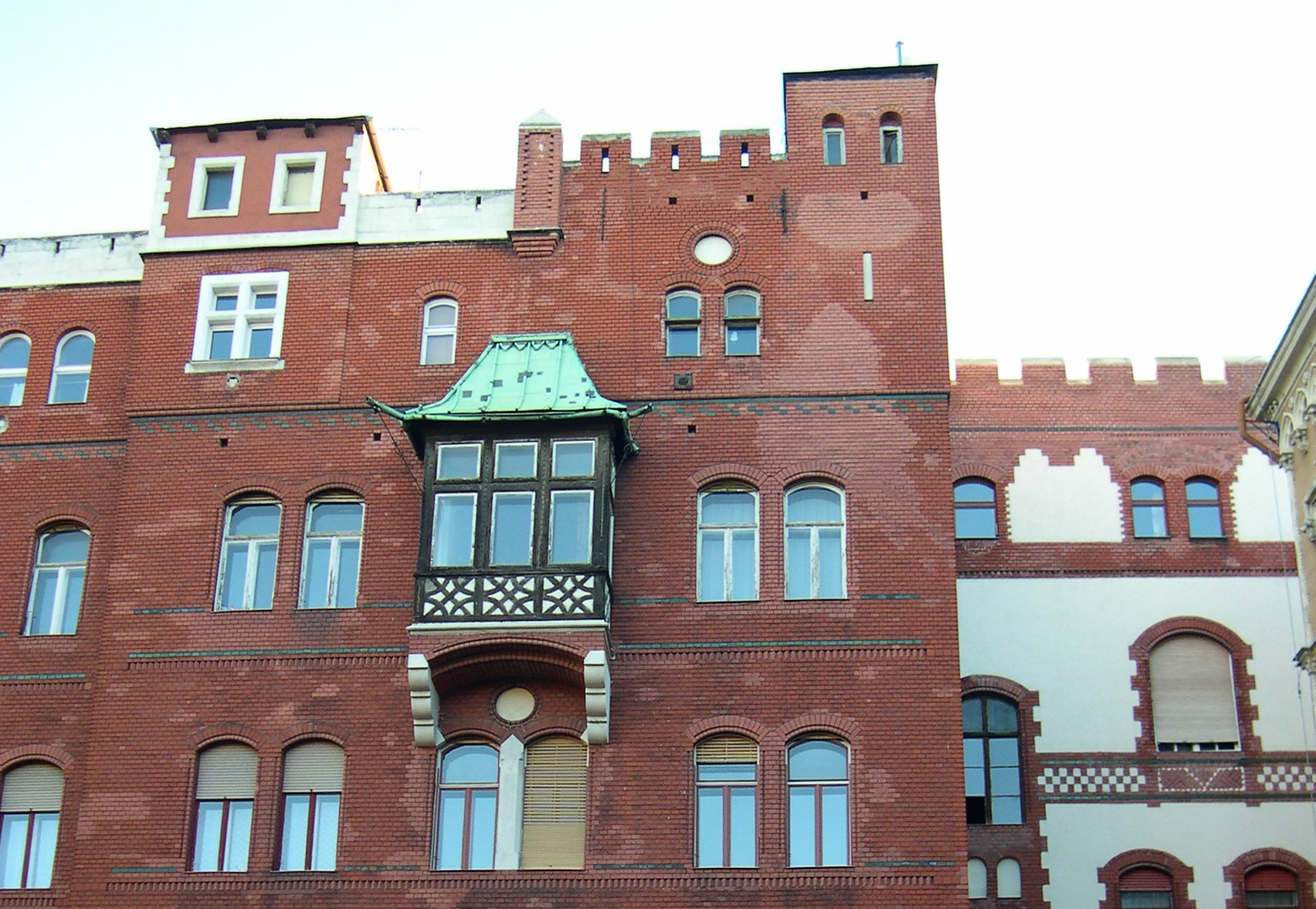 Only a short walk from Margaret bridge, there is a lovely, hidden place: The Tomb of Gül Baba. It is the northernmost pilgrimage site in Islam. Gül Baba was a Bektashi dervish, a poet, and mystic. Sultan I. Suleiman declared Gül Baba as the patron saint of Buda. His octagonal tomb (in Turkish: Türbe) was built surrounding his grave a few years after his death.

The tomb has been renovated and a new visitors’ center was built that provides an overview of the history of the 15-16-17th centuries, the life of the Ottoman’s in Buda and Gül Baba’s work.

The tomb itself is surrounded by a hanging garden on the southern slope of the building complex with lots of roses, lavender and Mediterranean spices. While sitting on the benches you are surrounded by a nearly 500 years old historical site and you can admire the beautiful panoramic view stretching all the way to the Danube. 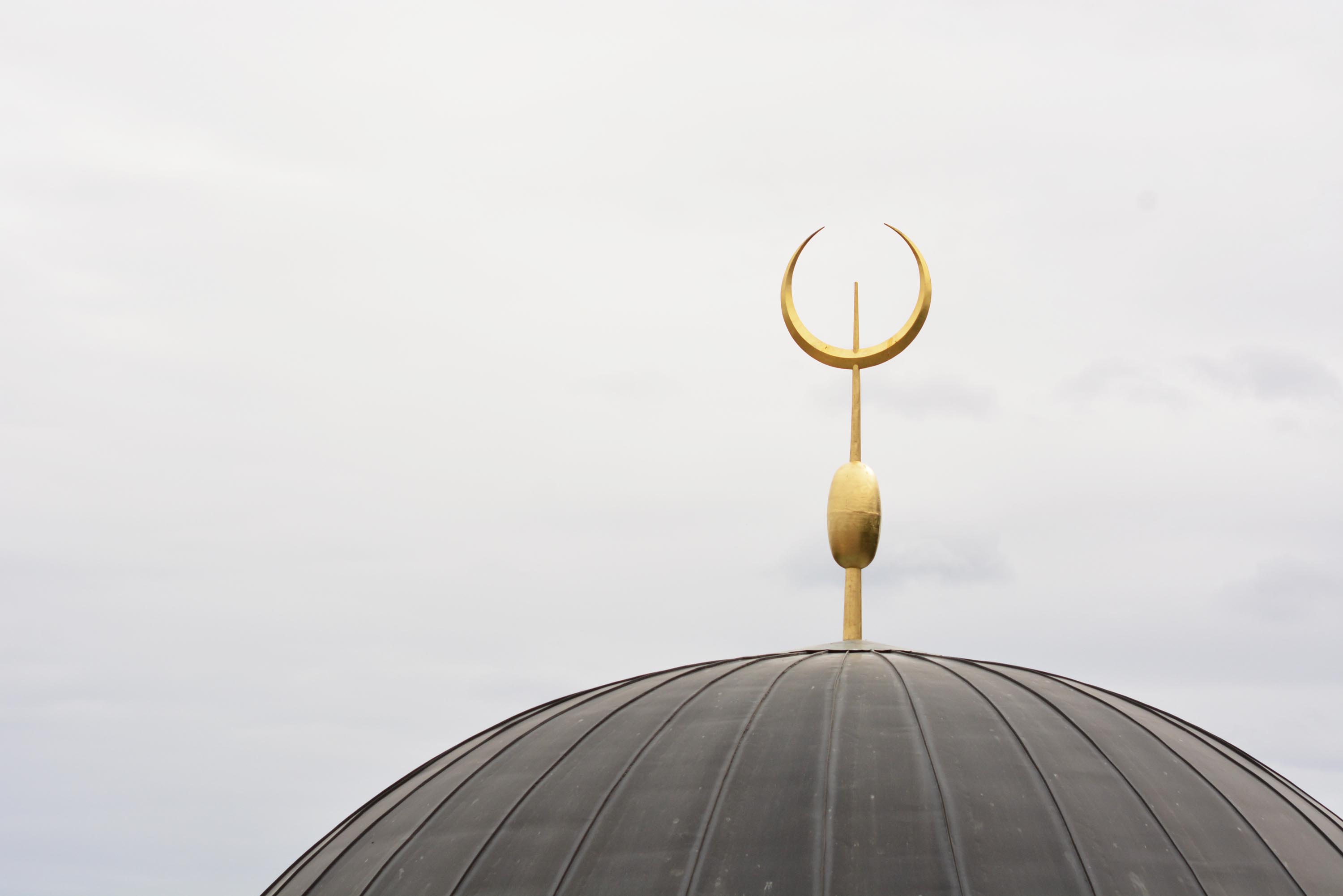 “Epreskert” – Mulberry Garden is a small, hidden garden in the 6th district. It was an ill-kept field of mulberry trees at the beginning of the 19th century. During the 2nd part of the century Gyula Benczúr and Károly Lotz painters, and the sculptor Alajos Strobl opened their atelier and art-school, and together they created an art-colony here. The Mulberry Garden became an important place among the artists, and the district was home to more and more sculptors and painters. Even the statues of Heroes Square were made here by the sculptors György Zala and Albert Schikedanz.

Due to construction around, the park itself unfortunately became a lot smaller. The ateliers and the remains of the garden nowadays belong to University of Fine Arts: young artists work here to get inspiration in the footsteps of our greatest sculptors and painters.

The garden is normally closed for visitors, however for certain cultural events the doors are open for the public. Its main sight is the baroque calvary, moved here stone-by-stone from the 8th district to save from demolition. It is always interesting to take a walk in the garden exploring the continuously changing pieces of sculptures. 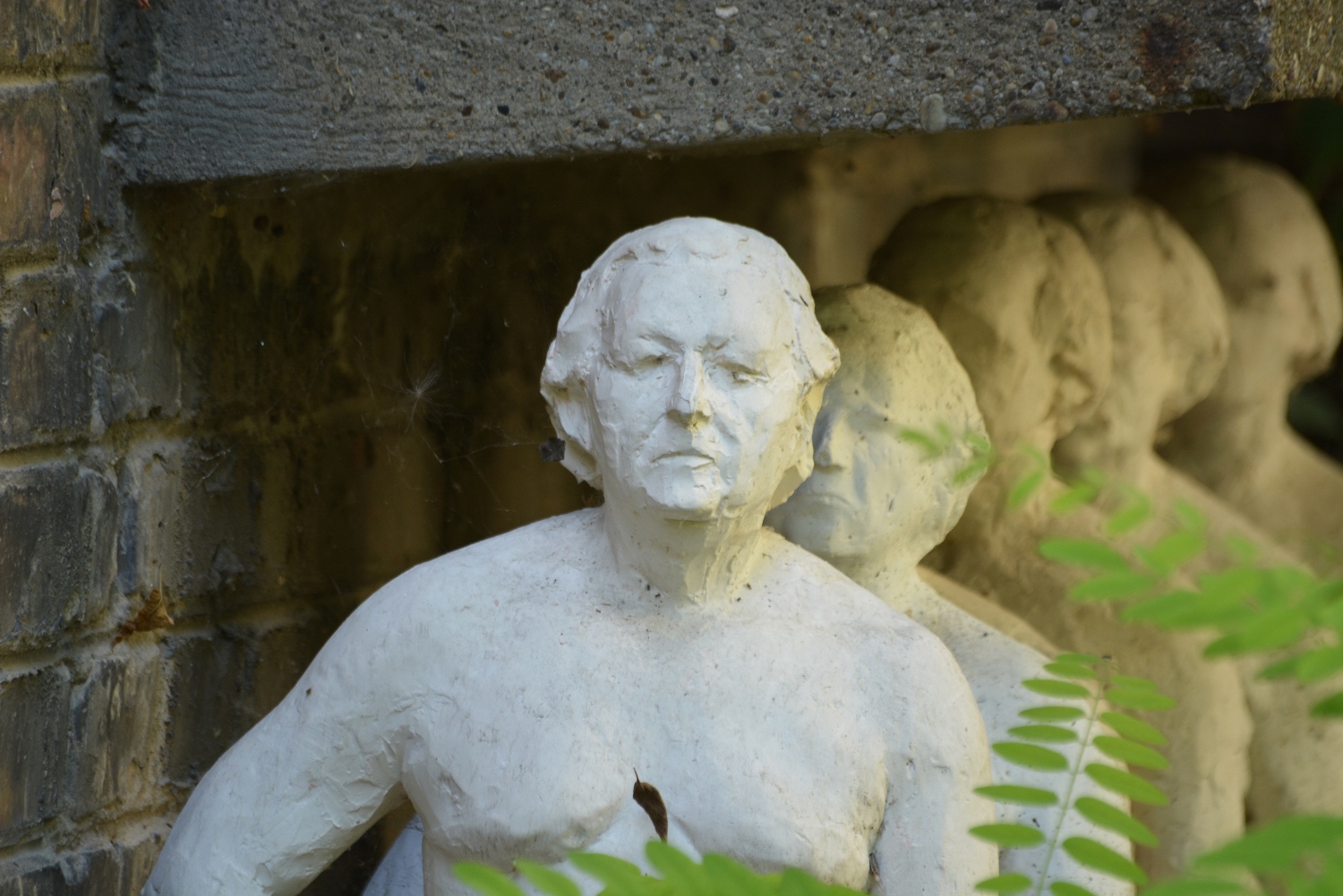 The lake „Naplás” is a real off-the-beaten path type area not only for the tourists, but also for some of the citizens of the capital. This is the largest lake of Budapest, located in the 16th district, relatively far from the center, right next to the area named „Cinkota”.

Years ago, when I was looking for a new home, the lake and the surrounding greenery attracted me so much, that I quickly decided buying my new house nearby. The green belt around the lake is a nature reserve, which is home of more than 150 species of birds and 400 species of plants: you can even easily meet a turtle rumbling around. Together with the new bike-route along the Szilas-creek, the area became very popular among cyclist, runners, in-line skaters, families, dog-owners and anglers.

The fabulous sunset is the absolute must-see here: from the edge of the forest you can see the sun and the red-orange lights of the evening sky perfectly reflecting on the surface of the lake. 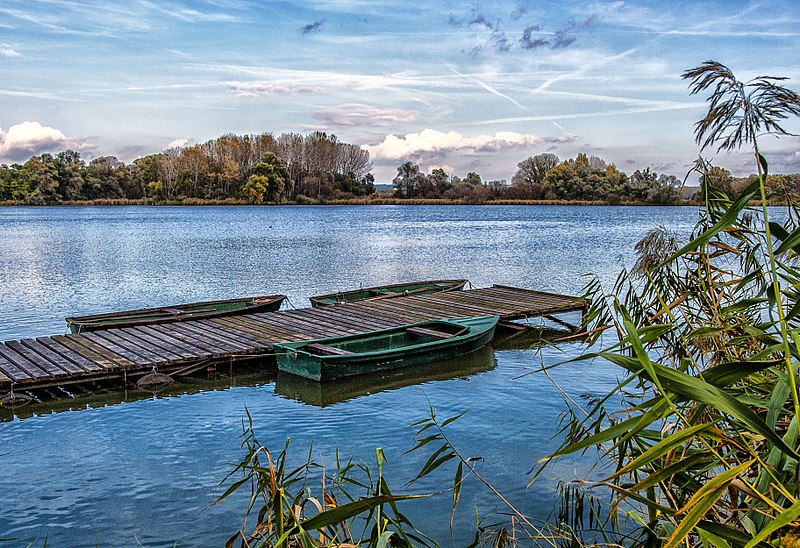 Referring to the ancient Roman settlement Aquincum, the bank of Danube in north-Buda is called „Roman Riverside”. It was a popular centre for all kind of water sports during the last century, and it still has quite many boathouses where you can rent a kayak or canoe. Nowadays it became an area for all kind outdoor activities, together with a wide range of gastronomic adventures.

During the morning hours pathways are crowded with runners and bikers. Among the retro-style fish-and-chips buffets, new restaurants have opened in the past years. Nightlife is bustling here during the summer: hamburgers, pizzas, langos, grilled fish, craft beer and quality wine is available. Families with kids, hipsters, sporters, pensioners – visitors of all kind enjoy the relaxing atmosphere of the Danube bank while eating outside. 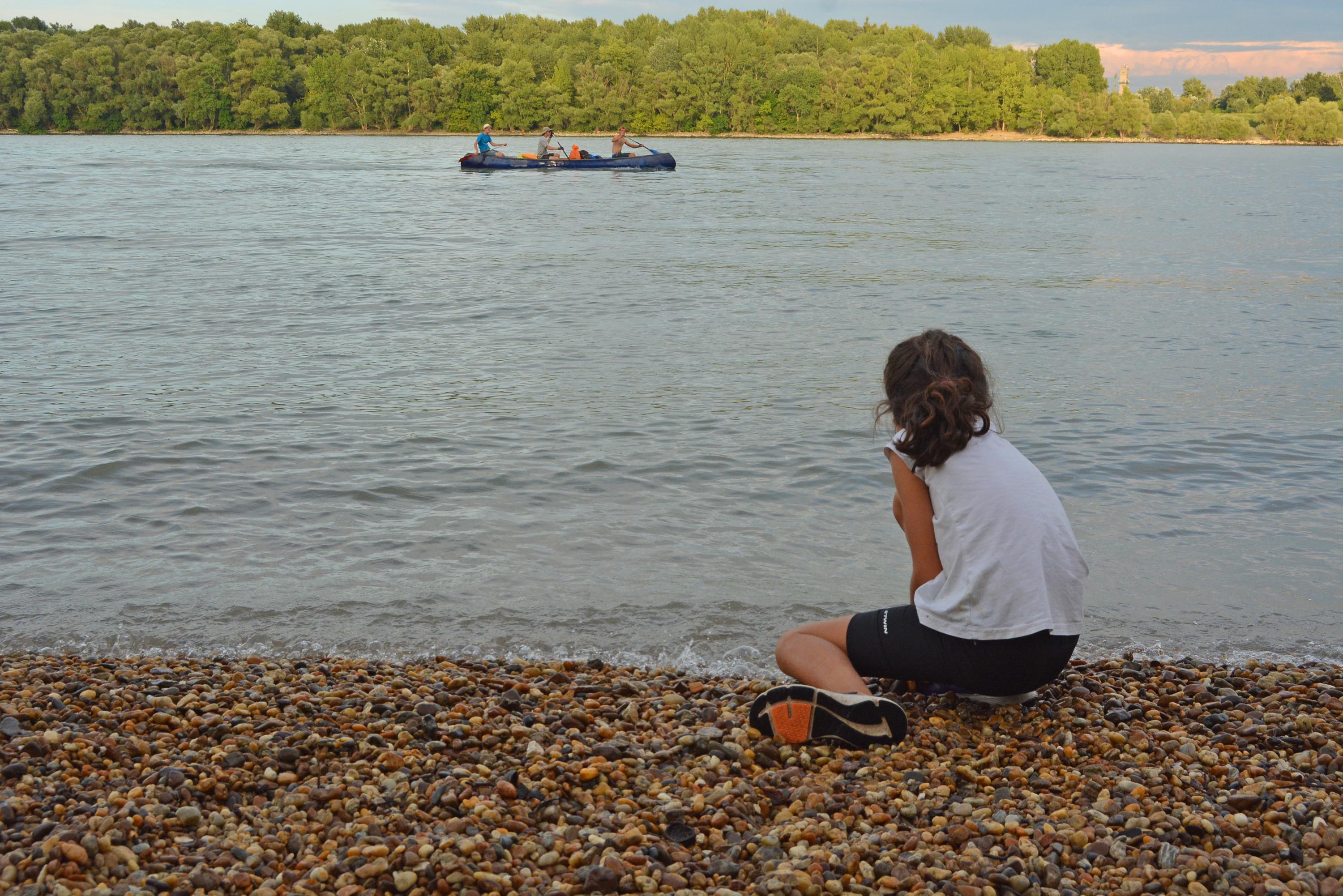 Let’s explore Budapest from a different perspective! Escape from the buzzing city to the highest point of Budapest – to János Hill of the Buda Hills! You will be impressed by the incredible 360-degrees view over the busy city from the Elisabeth Lookout Tower, while you can breathe some really nice fresh air being in the green area.

The tower is named after the Hungarian Queen and Empress of Austria, of the beloved Queen Elisabeth (Sissi). She also liked walking and hiking here similarly to many Hungarians.

Nearby there are also opportunities to try the so-called lángos or have a nice strudel under the trees. To go down to the city center you can take the mini railway operated by kids, take a nice walk or get on the chairlift (“Libegő”). 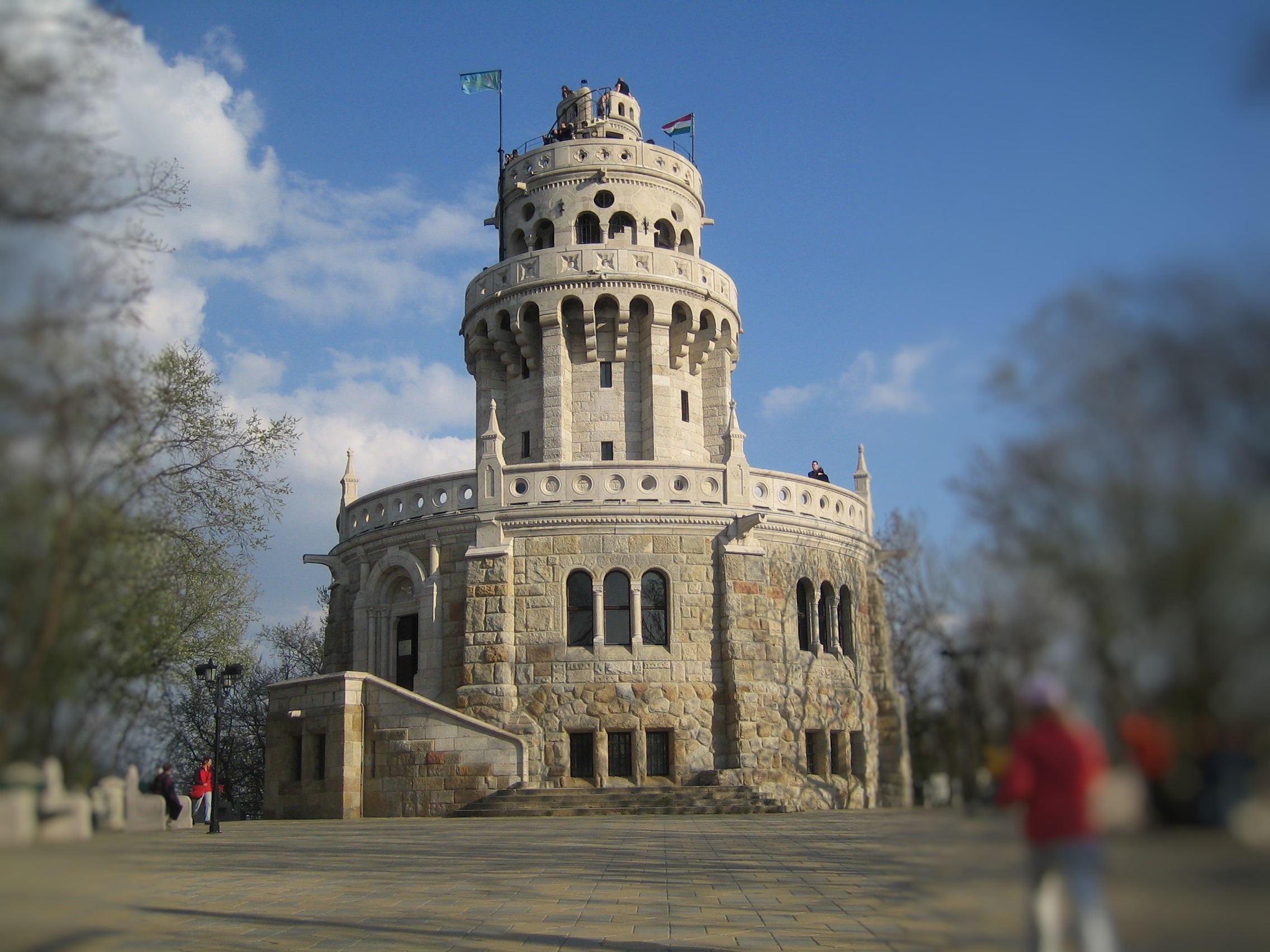